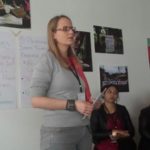 No patents on Seeds, Europe 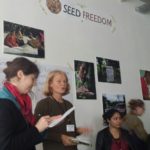 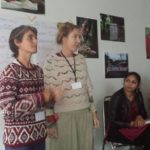 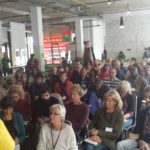 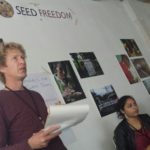 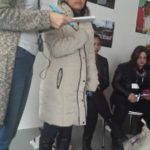 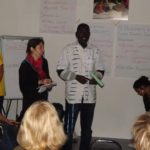 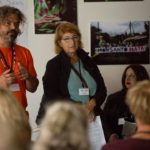 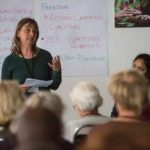 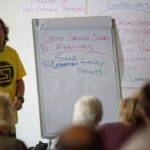 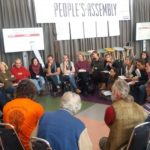 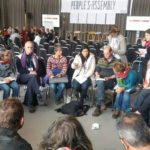 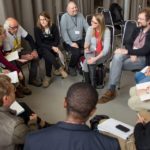 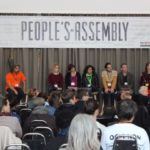 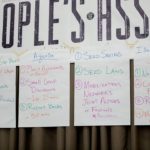 We don’t have to recreate everything as we know so much already. Unfortunately, in a lot of the big seed banks they take the people’s seeds and then they don’t give them back. Often they are given to Monsanto. Seed savers have a responsibility to feed the world. So we need to recreate the link between seed conservatories and seed savers, and scientists and farmers. We need to share our knowledge of plant breeding and gain control of plant breeding again. We also recommend call seed banks seed houses to not use the language of capitalism. We really want to know how to extract the seeds from the seed banks and distribute them to the farmers. We want to work at the community level first. We need farmers to be organized to really take charge the seed saving system, so the seed centers can be recognized as centers to share knowledge, seeds are also a vector of knowledge and culture.

In the group we decided to have a mailing list so that we can share our experiences and a network of solidarity. We have different issues and different context, and we can learn from each other about our activities and knowledge about these issues. We highlighted the importance of seed exchanges to save the biodiversity and continue to improve seed genetics.

On a strategic level, it is important to influence in our own countries, because if our countries comply with human rights issues, then others will follow. Most international instruments, like the biodiversity convention, are problematic because they are not legally binding.

One big solution is the human rights to food that needs to be worked on at all national levels as a civil rights issue. Then make national laws conform to international law.

We proposed to create one big international festival called Olympic Seed Festival, the first organized in Greece, where we would like to bring people from all over the world. Then each year, this festival would be in different places all over the world. Small teams from Europe, Africa, and America are ready collaborate together to help organize for this festival. We have created a mailing list to encourage and spread the information about this proposal, as many smaller festivals could be organised around the world on the same date.

We talked about the importance to spread information in an alternative way, because classical press is not clear and it is difficult to get the information we want in it. We want to create alternative ways to get information about seed laws, seed initiatives, seed festivals, etc..

We also need to make use of our networks and knowledge to mobilize and pressure on political institutions. 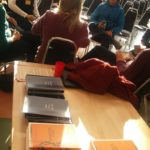 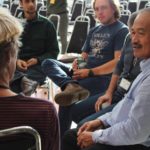 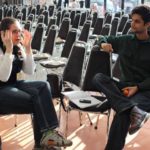 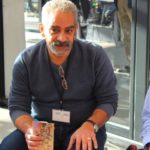 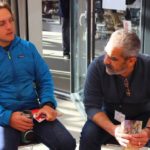 Proposals to strengthen seed saving networks and alliances for Seed  Freedom – The final seed workshop concluded with another remarkable round of information and strategy sharing. Seed activists from Egypt, Philippines, Germany, Netherlands, Mexico, Columbia, California, Italy, and India took part in the discussion. This incredibly diverse group of activists gave detailed descriptions of the unjust seed laws in their respective regions and countries and shared their strategies for resisting these laws. Strategies included non-cooperation with unjust laws by continuing to save, grow, and share indigenous varieties, working through legislative bodies and the courts to allow and incentivize saving, sharing, and selling of locally-adapted, organic, and open-pollinated seed varieties, and organizing and lobbying against patent and plant variety protection laws. This international group of seed activists will continue to share and organize collective actions through the seedfreedom.info online platform after the conclusion of the Assembly.